The movement to connect people with their guides continues. As I did in previous weeks’ messages, I’m providing an update on the most often discussed topics. The reason for these updates is to gain clarity as to why the guides have asked for this, and to provide guidance. Here is what was most often discussed during this past week.

Not getting what you want…the craziness of how society trained us for relationship failure.

There were several great topics that came out of this week’s sessions, but there was one that really stood out.

Callie (not her real name), a young wife and mother was struggling to understand why her marriage was so unsatisfying. As Callie stated, “No matter how hard I try, I cannot get what I want from my marriage.”

Tuning into her guides, the source of Callie’s struggles became crystal clear. Callie was experiencing the painful, frustrating results of a relationship built on the faulty relationship foundation that society has taught us.

Society has taught us that to have a successful relationship we must give to receive. We are taught this in school, in church, and reinforced at home by our parents. We are told that doing so will net us a partnership that will sustain love into our golden years. Who doesn’t want the comfort and security of knowing that they will be with that one special person until they day they die?

END_OF_DOCUMENT_TOKEN_TO_BE_REPLACED 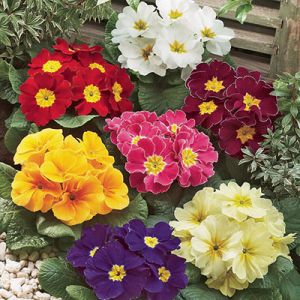 In Aldous Huxley’s enduring master piece Brave New World, you find that world controllers have created an ‘ideal’ society. They cleverly use genetic engineering, brainwashing, recreational drugs and sex to keep all it members happy consumers. Many people draw comparisons as to where our society presently is and where it is heading in our future. If you are like many of the thousands of people ‘waking up’ around the world then you too will draw this worrying comparison.

Having recently re-read this book, one small part stuck out to me. Human engineers where discussing their subject’s [humans] brainwashing, when this was said:

Primroses and landscapes…have one grave defect; they are gratuitous. A love of nature keeps no factories busy. It was decided to abolish the love of nature, at any rate among the lower classes… We condition the masses to hate the country…

This is exactly what is happening in one way or another. As a species we have become disconnected from the earth, from nature and our human roots. We no longer use nature’s wisdom. Children would rather play on a computer than run around amongst the trees. People will happily identify hundreds of corporate logos and celebrities but fail to identify a common tree or plant species. Many do not possess the clothing and footwear to take a muddy or wet walk and others do not possess the practical skills or fitness levels to make this possible. To make matters worse, we have almost entirely lost our connection with each other, our sense of community is nearly non-existent and this is all replaced by a superficial, materialistic and egotistical world that is hell bent on its own destruction.

How does the outdoors environment make you feel?

END_OF_DOCUMENT_TOKEN_TO_BE_REPLACED

In this case, the fact came out that Lewis testified, the subject of this complaint was allegedly securities fraud at hiding the losses at Merrill Lynch which was acquired by B of A and said hey, it’s not me, it’s Ben Bernanke and Hank Paulson . . . who ordered me to cover this up.

Professor Black goes on to say, “So the web is very tight and very protective of all these people, and they will trade off any amount of money in settlement that will be paid by the bank to insure the officers, even the ex-officers never have to pay and never are prosecuted. Even today, we are well into 2014, and the Department of Justice record is intact. There have been zero prosecutions of the elite officers who led the epic epidemic of fraud. It was the most destructive in world history, zero of them even unsuccessfully prosecuted, much less prosecuted.”

END_OF_DOCUMENT_TOKEN_TO_BE_REPLACED 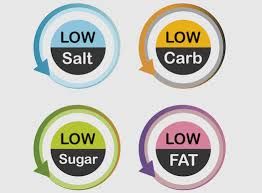 The low-fat craze of recent decades has been called into question in the last few years, as many scientists and health experts say it isn’t fats we should be concerned about at all. What’s more, it’s coming to light that saturated fats are not the villains when it comes to heart disease. Dr. James DiNicolantonio, a cardiovascular researcher based in New York, recently penned an editorial in the medical journal Open Heart saying low-fat diets do not curb heart disease or help you live longer.

“We need a public health campaign as strong as the one we had in the 70s and 80s demonizing saturated fats, to say that we got it wrong,” said Dr. DiNicolantonio in his paper.

Dietary advice still being perpetuated today is based on evidence from the 1950s, evidence DiNicolantonio says is flawed. This research, from more than 50 years ago was based on data from six countries, in a pool of research including 16 countries. The study author back then cherry-picked his findings to fit his hypothesis, according to DiNicolantonio. END_OF_DOCUMENT_TOKEN_TO_BE_REPLACED 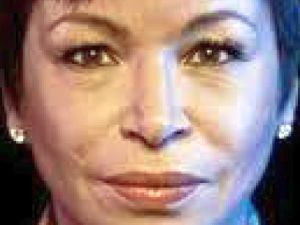 Frontpage Interview’s guest today is Dr. Paul Kengor, a professor of political science at Grove City College. His books include The Communist: Frank Marshall Davis, The Untold Story of Barack Obama’s Mentor and Dupes: How America’s Adversaries Have Manipulated Progressives for a Century. His latest book is 11 Principles of a Reagan Conservative.

I would like to talk to you today about Valerie Jarrett, her background, her relationship with Barack Obama, and her influence in the Obama White House.

Let’s begin first with who Valerie Jarrett is — and her relationship with Barack Obama.

Valerie Jarrett is President Obama’s single most important and influential adviser. No one else in the White or the entire administration is as close to Obama. She has been described as everything from his “right-hand woman” to like a sister and even a mother to Obama. To cite some mainstream/leftist sources: The New York Times says she’s Obama’s “closest friend in the White House,” his “envoy,” his “emissary,” and his “all-purpose ambassador.” The Times calls her the “ultimate Obama insider.” Dana Milbank says her connection to Obama is “deep and personal” and that she’s “the real center of Obama’s inner circle.”

Obama himself calls her one of his “oldest friends” and says “I trust her completely.”

As for Jarrett, she says that she and Obama have a “shared view of where the United States fits in the world.” She says they “have kind of a mind meld.” She’s says that “chances are, what he wants to do is what I’d want to do.”

FP: Ok, so that begs the next question: What is it exactly that they want to do?

Kengor: That’s a very good question. I think the best I can say, which is admittedly at times vague from a policy standpoint, is that both favor some form of leftist “fundamental transformation.”